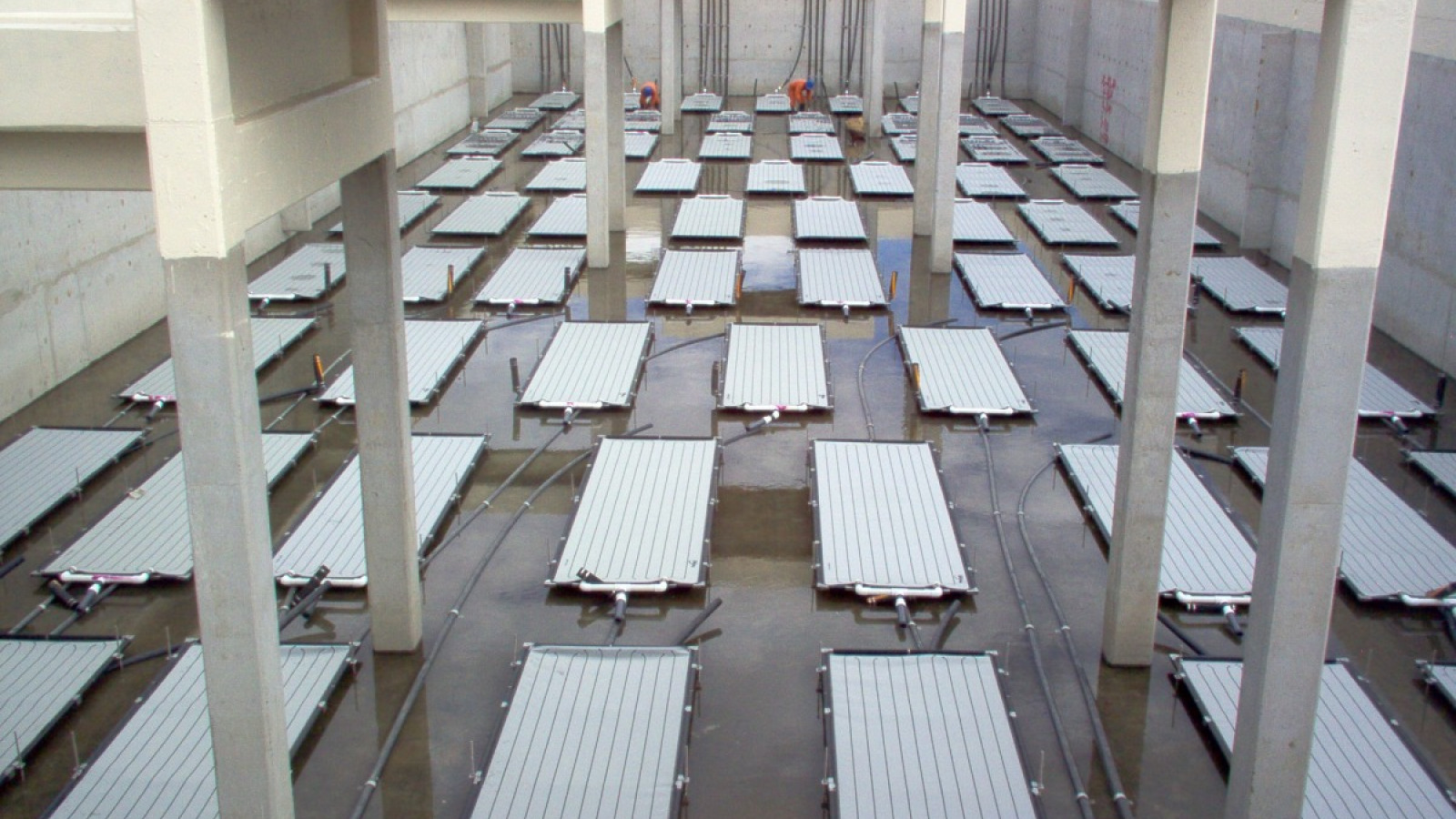 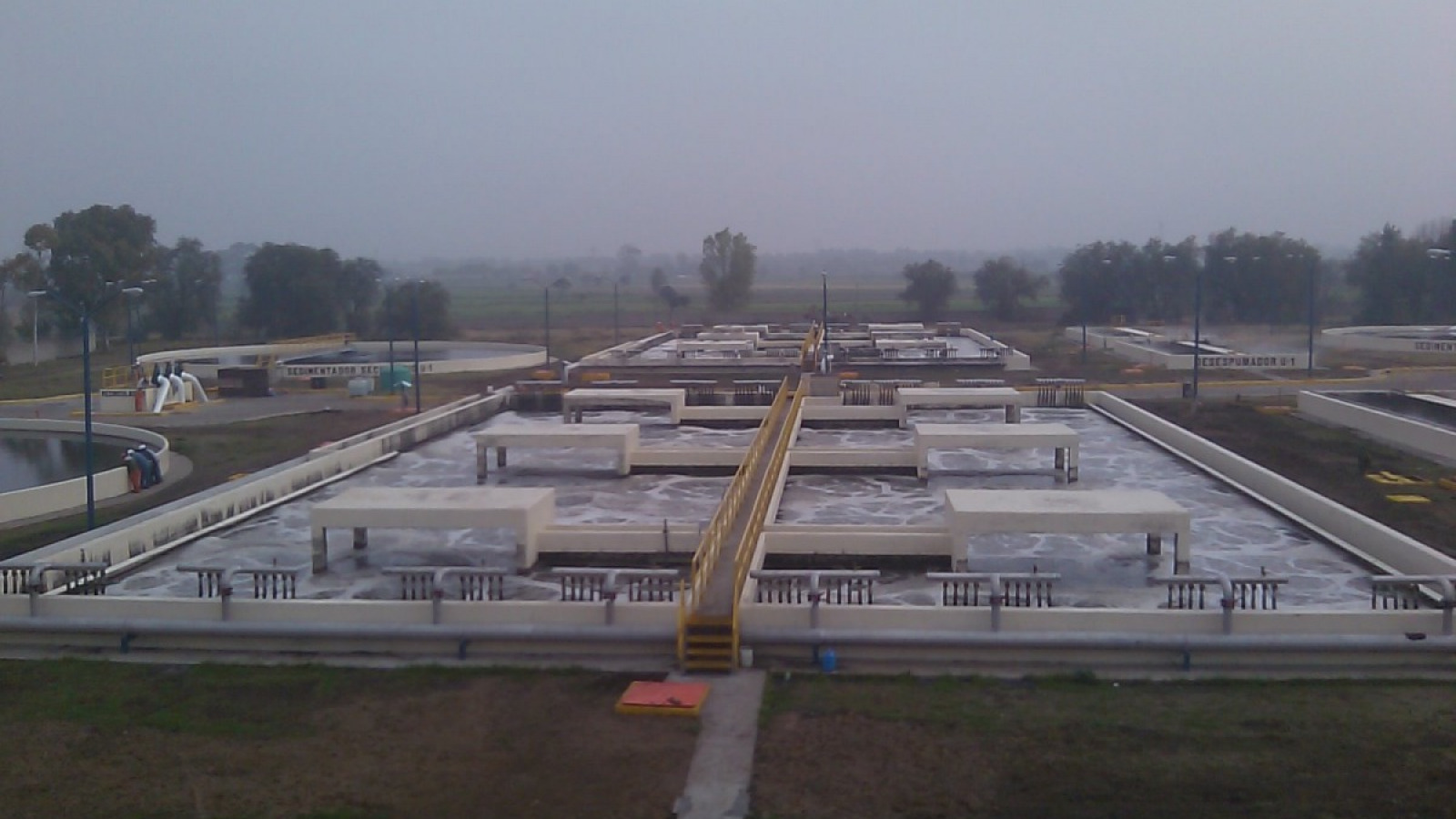 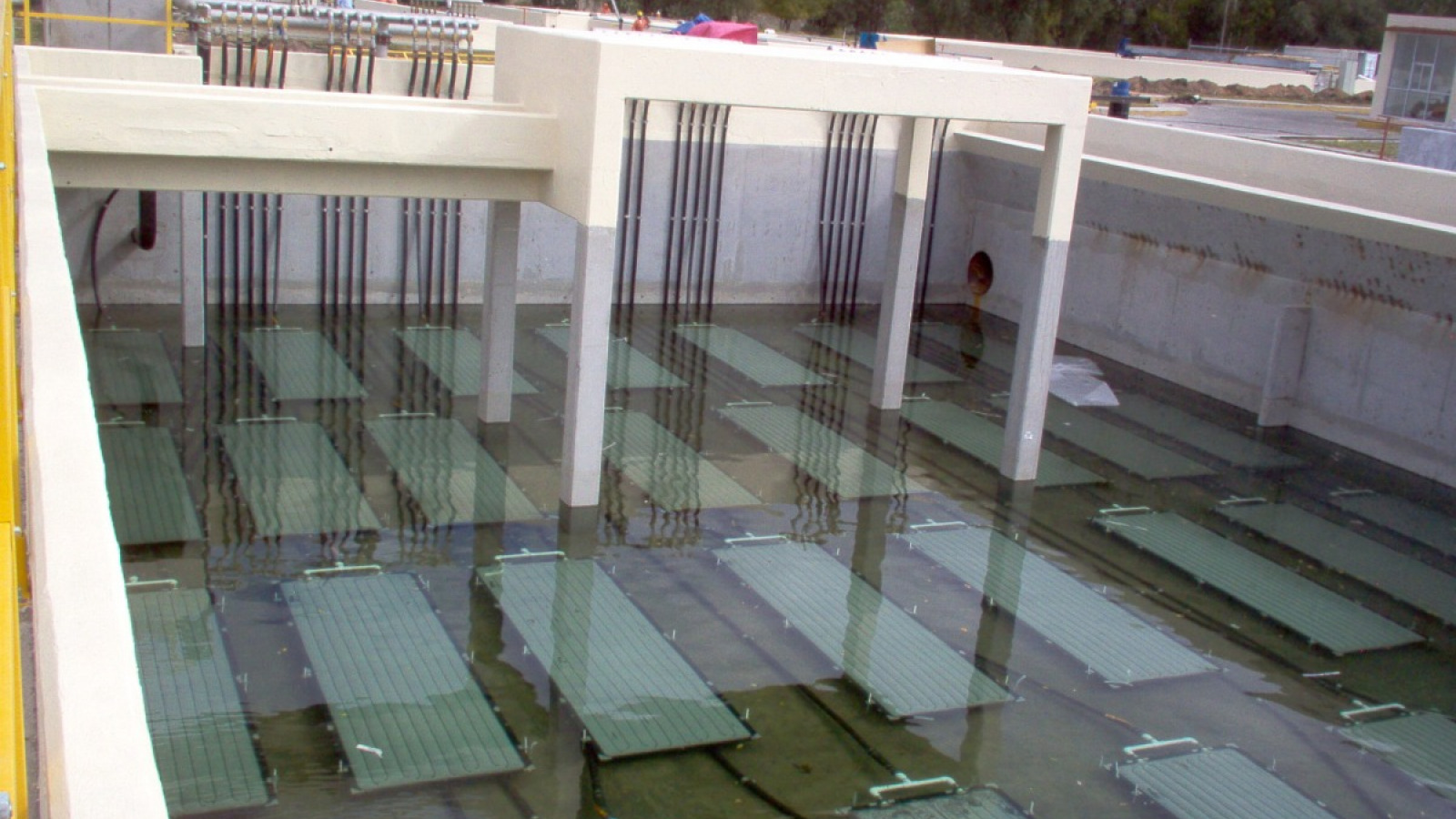 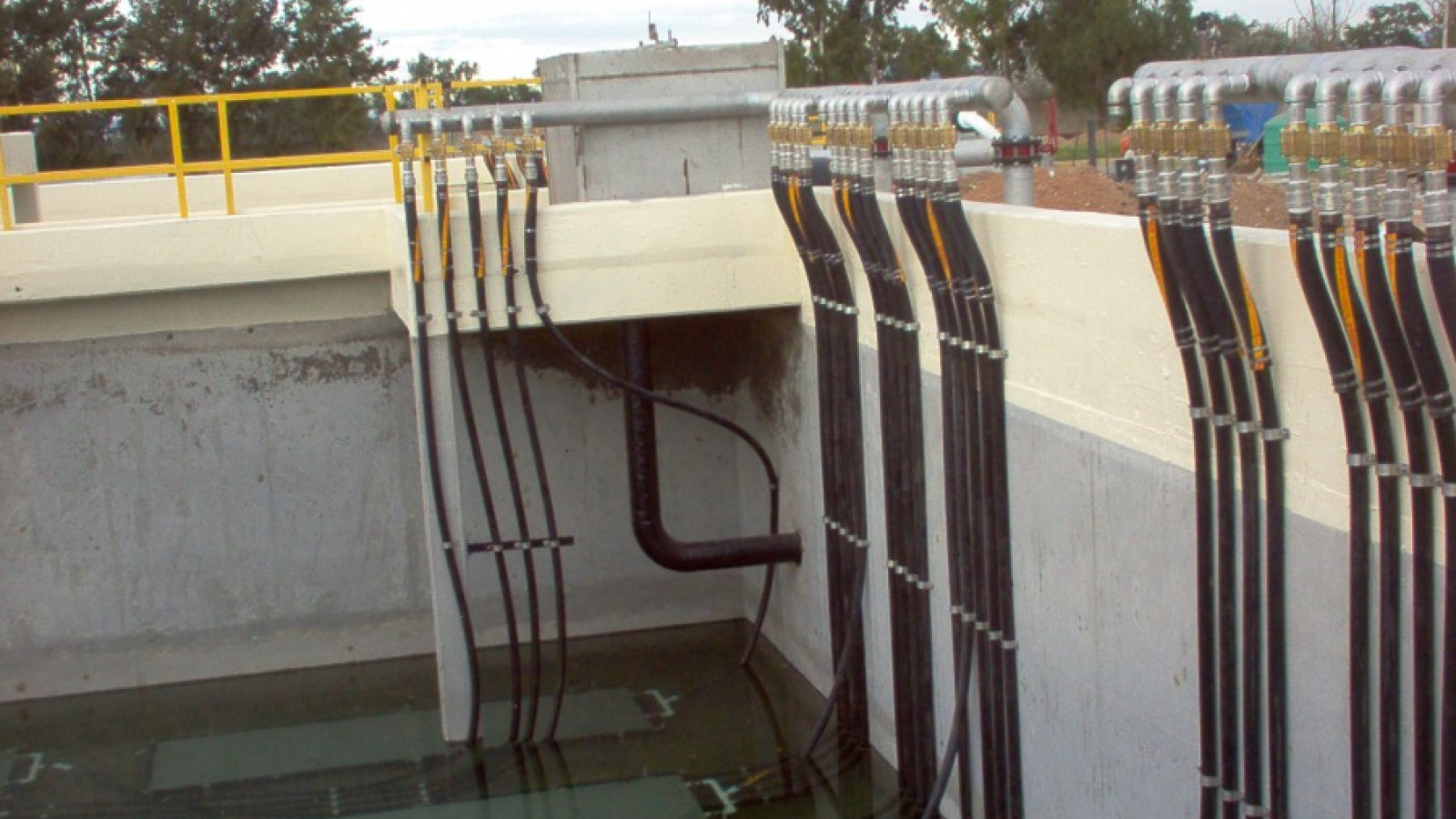 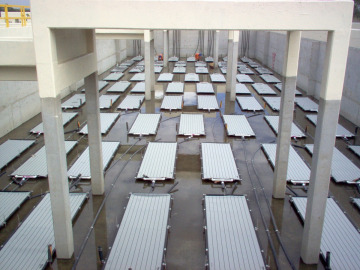 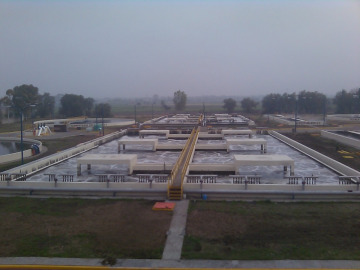 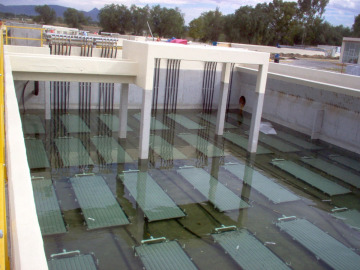 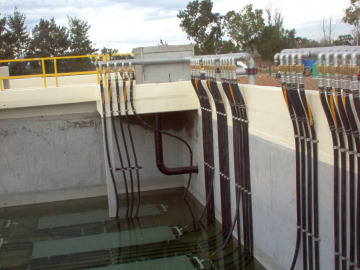 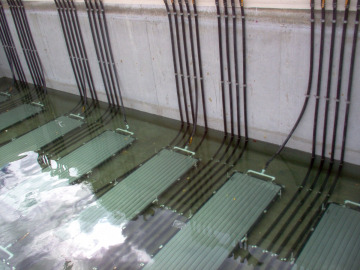 Owned by a government’s agency in charge of generating and distributing electricity to 27 million customers, a wastewater plant, located in Hidalgo, Mexico treats municipal sewage and uses the treated water for cooling towers. But as the population grows and the plant generating capacity expands, so does the demand for more water. The current treatment system had reached the maximum capacity, and they were looking to upgrade.

The plant engineers started evaluating their existing treatment system and tried to identify the best way to cope with the increase in demand. In this case, the main limiting factor was the aeration system which utilized low speed mechanical aerators. These types of units are typically very inefficient and also very expensive to operate and maintain due to the large energy requirement and large drives/reducers.

As the client’s project engineers started researching the aeration alternatives, it became evident that an ultrafine bubble aeration system would be a viable solution to their needs. After discussing the application with Parkson, everyone was in consensus that the HiOx® UltraFlex Aeration System would be the best solution for increasing the plant capacity without having to build any new aeration tanks.

The client bid called for an Ultrafine Bubble system, centrifugal blowers, DO system, controls and fine screens to replace the existing units. Apollo (one of several bidding contractors) was successful in winning the competitive bid with Parkson’s HiOx® UltraFlex Aeration System with the addition of two (2) Parkson 6mm self-cleaning AquaGuard® screens, three (3) Centrifugal Blowers, DO system and controls.

The plant has been in operation since December 2009, and it has already shown great results. Based on the new equipment, the installed horsepower dropped from 900 hp (12 low speed mechanical aerators with 75 hp each) to 700 hp (2 centrifugal blowers with 350 hp each). However, based on the DO demand, the plant has been occasionally operating with only one blower. In addition to more than doubling the plant's capacity, the HiOx Aeration system has resulted in monthly savings between $15,000 and $40,000.